And its name is Trump.

The New York Times reports on the shift among social conservatives and their political organizations from denial to acceptance.

Activists and leaders in the social conservative movement, after spending most of the past year opposing and condemning Donald J. Trump, are now moving to embrace his candidacy and are joining the growing number of mainstream Republicans who appear ready to coalesce around the party’s presumptive nominee.

Though their support for Mr. Trump is often qualified, this change of heart is one of the more remarkable turns in an erratic and precedent-defying Republican campaign. It reflects the sense among many Republicans that, flawed as they may see him, the thrice-married billionaire is preferable to the alternative.

“Oh, my, it’s difficult,” said Penny Nance, the president of Concerned Women for America, a group that has openly campaigned against Mr. Trump. “He’s not my first choice. He’s not my second choice,” she added. “But any concerns I have about him pale in contrast to Hillary Clinton.”

And that is just one reaction that illustrates how deeply the religious right hates Hillary Clinton. (I suspect that their ire would be turned against Bernie Sanders if they thought he had a chance at the nomination.) According to the Times report, religious right is looking ahead at Supreme Court nominees that might reverse Roe v. Wade.

The support of social conservatives is not just symbolic. It means getting assistance from groups that plan to spend millions of dollars mobilizing voters, people who lead influential faith-based organizations and Republican activists who will help craft the party’s platform at the national convention this summer.

And it has required a good deal of pride swallowing on their part.

“Didn’t know we’d be here,” said Marjorie Dannenfelser, president of the Susan B. Anthony List, an anti-abortion group. Ms. Dannenfelser began the year in Iowa with a group of other politically active conservative women like Ms. Nance who tried to stop Mr. Trump because, as they said at the time, he “disgusted” them. 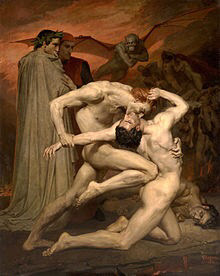 Now, as Ms. Dannenfelser contemplates the possibility of the next president appointing one or more justices to the Supreme Court, she said, “My feelings about him, whether I’m happy or not happy about how he speaks, doesn’t matter an iota.”

The Susan B. Anthony List is planning to spend $6 million to $8 million this year on a nationwide campaign, including hundreds of canvassers to knock on doors for Mr. Trump. “It’s more about rationality overcoming feelings than anything else,” Ms. Dannenfelser said.

“With anybody who’s a new convert, you’re going to have people saying, ‘Do they really mean it?’ ” said Frank Cannon, the president of the American Principles Project, a conservative policy group. Mr. Cannon said he could recall friends who were initially wary of Ronald Reagan, then a candidate, asking him in 1980, “Can you really support someone who’s been divorced?”

“I can agree that in the primary you could find people more ideal,” Mr. Cannon said of Mr. Trump. “But he’s now the presumptive nominee. And I think it’s time we actually examine where he says he’ll take the country versus where Hillary says she’ll take the country, and make our judgments based on that.”

The problem is that you don't really know where Trump will take the country based on what he says. See the accompanying posts on Trump as a serial liar. The religious right seems poised to follow the devil they don't know. They should be wary of opening that devil's suitcase. Demons lurk within. Perhaps the inscription, from Dante, over the portal to the Republican National Convention should read: "Abandon hope ye who enter here."

Posted by Sky Island Scriber at 6:30 AM