Here is a follow-up to my post yesterday (Jan 2) on the media’s role in the election and its responsibilities for the future of fact-based reporting.

In a New York Times op-ed Nicholas Kristof reviews Lessons From the Media’s Failures in Its Year With Trump. (h/t Sherry Moreau). I’ve some things to add about journalistic responsibility and will do so below, after Kristof’s op-ed. (Emphases are mine.)

The last year has not been the news media’s finest.

Despite some outstanding coverage, over all we misled many people into thinking that Donald Trump would never win the Republican nomination, let alone the White House. Too often we followed what glittered, yapped uselessly at everything in sight and didn’t dig hard enough or hold politicians accountable for lies.

In 2008, the three broadcast networks, in their nightly news programs, devoted over the entire year a total of three hours and 40 minutes to issues reporting (defined as independent coverage of election issues, not arising from candidate statements or debates). In 2016, that plummeted to a grand total of just 36 minutes.

Those figures come from Andrew Tyndall, whose Tyndall Report monitors the news programs. By Tyndall’s measures, there was zero independent coverage in 2016 on those nightly programs about poverty, climate change or drug addiction.

“Journalists were confronted with the spectacle of an issues-free campaign,” Tyndall told me. “They had to decide how to react: with complicity, since such tactics were easy to shoehorn into the ratings-pleasing entertainment structure of a reality TV show, or with defiance, by delving into what was at stake.”

They chose the former, he says, and “treated their viewers not as citizens, but as so many pairs of eyeballs.”

Granted, there were exceptions, including first-rate digging by newspapers and magazines into Trump’s foundation, taxes and past. One challenge was commercial pressure as news organizations in all platforms — print, digital and TV — scrambled for a business model. Everyone knew that Trump was ratings gold, while a segment on poverty was ratings mud.

As Leslie Moonves, the CBS president, said in February about Trump’s run: “It may not be good for America, but it’s damn good for CBS.”

The entire media world needs new revenue sources — including philanthropy — to finance coverage that is important but unprofitable.

Still, many of us chose journalism because we believed it to be a public good. I’ve seen journalists abroad risk their lives to get a story because they believed it important. If they can do that, maybe executive producers can occasionally risk ratings?

As early as March, Trump had received $1.9 billion in free media coverage, 190 times as much as he paid for. Back then, I called around to journalists and scholars, and there was already a widespread view that television had screwed up by handing Trump the microphone and failing to fact-check him adequately.

In addition, Trump was masterly at diverting us from substance. As Tom Rosenstiel, a veteran press critic, noted: “We need journalists to cover what is important, not bark at every car.”

It didn’t help that the national media isn’t very diverse — not just in racial or ethnic terms, but also socioeconomically and geographically. We don’t have many national journalists with working-class or evangelical roots, so our coverage of Trump voters was often shallow or condescending, and we largely missed the fury and despair that Trump rode to victory.

We’ll have to figure out new ways of doing things while focusing on journalism and not stenography. Jay Rosen of New York University suggests perhaps sending interns to cover White House briefings, and the veterans to dig up real stories.

We’ll have to be persistent, continuing to press for the release of taxes and for policy details. We’ll have to avoid the perils of false equivalence, quoting a person on each side as if there’s a genuine debate when we know there isn’t. And this may sound odd for a columnist to say, but we need more reporting, less pontificating.

We should also try harder to debunk fake stories. A false story on Facebook about President Obama banning the Pledge of Allegiance in schools had more than two million shares or other interactions, and a make-believe story about Pope Francis endorsing Trump had nearly one million such interactions.

When so many Americans believe false claims, we should weigh in aggressively on the side of truth.

See Catherine Rampell’s article on false beliefs held by Americans of both parties.

Would it matter if the mainstream media did a better job? Or do we live in a post-truth age in which we are so distrusted that our investigations will be dismissed, if they are seen at all? I’m not sure, but we must at least try.

We will soon have as commander in chief the most evasive, ignorant and puerile national politician I’ve ever met, and while there are many factors behind his election, I think we in the media contributed by skimping on due diligence.

The lesson learned? As 2017 dawns, let’s focus on what matters. Not celebrity, but substance: Will millions of Americans lose health insurance? What will happen to the 21 percent of American children living in poverty? Will Syrians be endlessly slaughtered, and will South Sudan collapse into genocide? Will there be a trade war? A real war?

For too much of 2016, we in the news media — with many stellar exceptions — sometimes were mindless mutts that barked at everything. Partly because of that lapse, the country today needs a robust fourth estate more than ever. We should be infused with a renewed sense of mission. So, for a New Year’s resolution, let’s try harder to be watchdogs, not lap dogs. 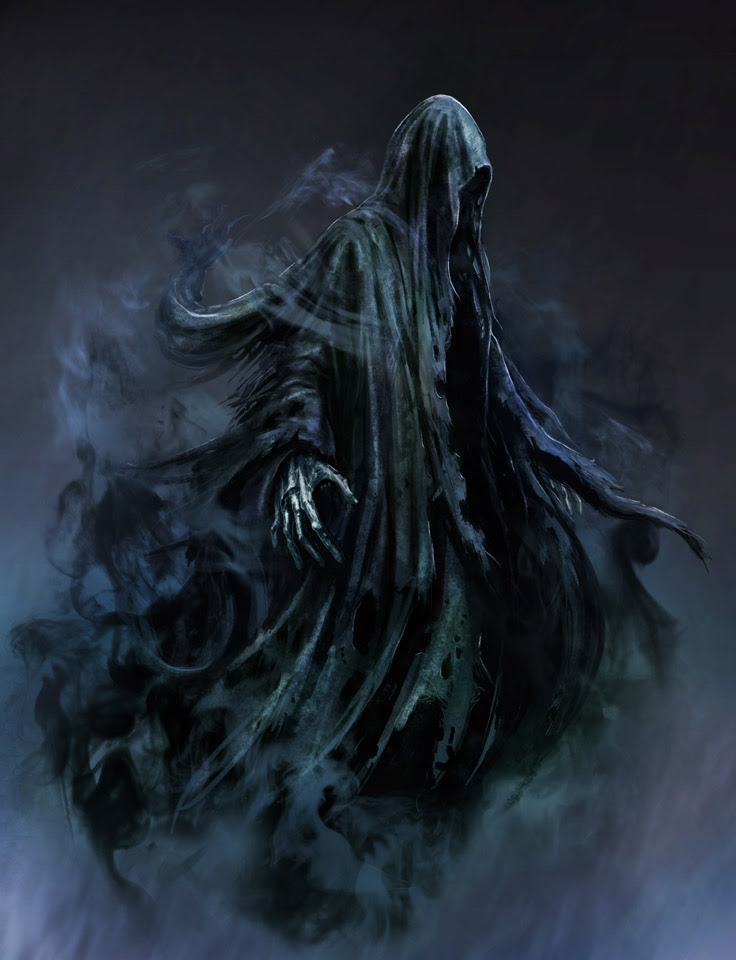 As defined in the Harry Pottter series:

Dementors are among the foulest creatures that walk this earth. They infest the darkest, filthiest places, they glory in decay and despair, they drain peace, hope, and happiness out of the air around them … The Dementors feed upon human happiness, and thus cause depression and despair to anyone near them. They can also consume a person’s soul, leaving their victims in a permanent vegetative state, and thus are often referred to as “soul-sucking fiends”. They are known to leave a person as an ‘empty-shell’.

So here is a way to start being watchdogs, a way to move from being casual dementors to serious journalists.

Recognize that truth is not defined by Trump Tweets. Truth is revealed by empirical methods - investigation, discovery, and verification. Reporters are not showing bias when they seek out truths and defend them against The Donald and his dementors.

Journalists need to take a stand against assaults on their tools of discovery and verification. A journalist is responsible for fact-checking and for vigorously defending facts. That is what makes a journalist more than a stenographer.

Only the “robust fourth estate” can prevent the “soul-sucking fiends” from leaving “a person as an empty shell.” An empty shell admits just about anything poured into it. Let the facts in first and the shell rejects the liquid of lies. When the media fails to provide the facts, we get people knowing what isn’t so. See Catherine Rampell’s recent article on Americans — especially but not exclusively Trump voters — believe crazy, wrong things (also reprinted in this morning’s Daily Star).

If the broader news media will learn the lessons of 2016 as articulated by reporters like Kristof, Eichenwald, and Farenthold, then 2017 may yet be a Happy New Year.

Posted by Sky Island Scriber at 7:26 AM