Trump IDs actress as threat to US security

We've known for quite a while that Trump disrespects the entire US intelligence community.  He knows that he is better at sniffing out threats than they are.  He is suspected of having likened taking the command of that community to "grabbing them by the p*$$y." The New Yorker satirist Andy Borowitz has more along these lines in Trump urges spy agencies to lay off Russia and focus on threat posed by actresses. 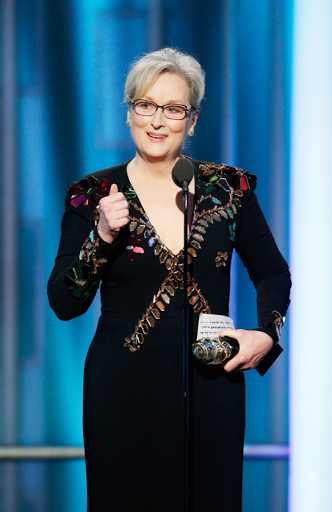 NEW YORK (The Borowitz Report)—In an emergency meeting at Trump Tower on Monday morning, President-elect Donald J. Trump urged the heads of the nation’s intelligence agencies to “stop picking on Russia” and instead focus on “the very real threat” posed by Hollywood actresses.

Calling the recent allegations against Russia a “witch hunt,” Trump told the intelligence chiefs that their investigations of Russian President Vladimir Putin were distracting them from “America’s real enemy, actresses.”

Growing increasingly irate, he laid out a series of proposals for dealing with what he called a “scourge,” including mandatory registration of actresses and a temporary ban on actresses entering the country.

He was, of course, reacting once again to Meryl Streep's on-camera take down of Trump's mocking a disabled reporter.  Scriber's sources say that Trump denies it.  Scriber sees that as Lie #4.
Posted by Sky Island Scriber at 7:50 PM