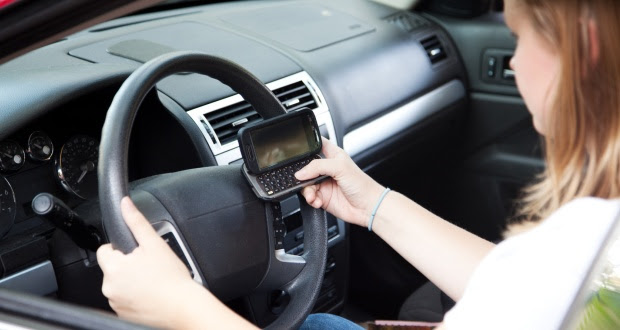 A few years ago I was on my way to Tucson on the Nogales Highway driving my shiny new Prius. The driver in front of me signaled a left turn into the Circle K. We had slowed to less than 25 miles per hour. In my rear view mirror I saw a large SUV bearing down on me and not slowing despite my repeated pumps on the brake this activating my brake lights. I executed a hard left turn but not in time. The SUV plowed into my right rear. I later learned that the driver of the SUV did not brake and rear-ended me at 55 MPH - a speed over the limit. The young woman explained to me her reason for not slowing: “I looked up and there you were.”

These kinds of accidents are, if anything, becoming more common. They go under the catch-all term “distracted driving.” Here is an informative (and scientifically informed) attempt to reduce these accidents by a Professor behind designated drivers takes aim at distracted ones (printed in the Daily Star/tucson.com this morning).

A Harvard University professor who introduced Americans to the concept of designated drivers is now taking on the deadly problem of motorists distracted by cellphones and other electronics.

Jay Winsten is consulting with federal and Massachusetts officials to develop a new generation of public awareness messages.

“We wanted to find out why all efforts to date to tackle distracted driving have utterly failed,” Winsten said.

Distracted driving killed 3,477 people in 2015, according to the National Highway Traffic Safety Administration. The Governors Highway Safety Association recently cited it as contributing to a surge in pedestrian fatalities last year. Just last week, after a crash killed 13 people in Texas, a witness said a pickup driver who collided with a minibus acknowledged he was texting.

It’s not as if Americans aren’t aware of the risks, said Winsten, director of the Center for Health Communication at Harvard’s School of Public Health. It’s just that many drivers, surveys show, are mistakenly confident in their own ability to “multitask and handle the problem,” he added.

Those same drivers fear they’ll be victimized by others who text, email or check social media while driving. It’s bravado like that of tipsy drivers confident they can handle the road after a few drinks, he said.

Faced with a surge in drunken driving fatalities in the 1980s, and similarly ineffective public education efforts to reverse the behavior, Winsten and colleagues at the center seized upon a concept pioneered in Scandinavia and built a campaign that quickly entered the American lexicon.

It was simple enough. Friends go out, but one — the designated driver — refrains from alcohol and gets the others home safely.

“It promoted a new social norm, a social expectation that the driver doesn’t drink,” Winsten said. “It brought social legitimacy to the non-drinking role.”

As with drunken driving, Winsten said, tough laws, new technology and education must all be brought to bear on distracted driving, which he considers a more persistent and complex behavior to change.

And back in Arizona, what are we doing about it? Have our legislators stepped up to this public health challenge?

You know the answer, but please stop it! No snickering. No giggling.

It looks like the state’s newest drivers may still tap away at and chat on their cell phones.

Rep. Phil Lovas, R-Peoria, who chairs the House Rules Committee, confirmed today that he is refusing to give a hearing to a Senate-passed bill that would make the use of hand-held communication devices illegal for teens during the first six months they have a license.

That’s it? Really? Just for first-time teen drivers? This bill is shallow and does not go far enough. If drinking while driving is illegal, texting while driving should be just as illegal. Period.

[Rep.] Karen Fann pointed out there already are restrictions on Class G drivers, ranging from having no more than one unrelated teen in the vehicle to a ban on driving between midnight and 5 a.m. without a parent present unless it’s for something like going to work.

“We’re just adding one that will help protect and save our kids’ lives, hopefully, because they will learn good driving habits, which is what Class G licenses are all about,” she said.

Fann said it’s “about the simplest” thing the Legislature could do.

And it looks like the legislature cannot even do that.

Posted by Sky Island Scriber at 7:50 AM