Mitch blows up the Senate. Is Jared now responsible for Congress? 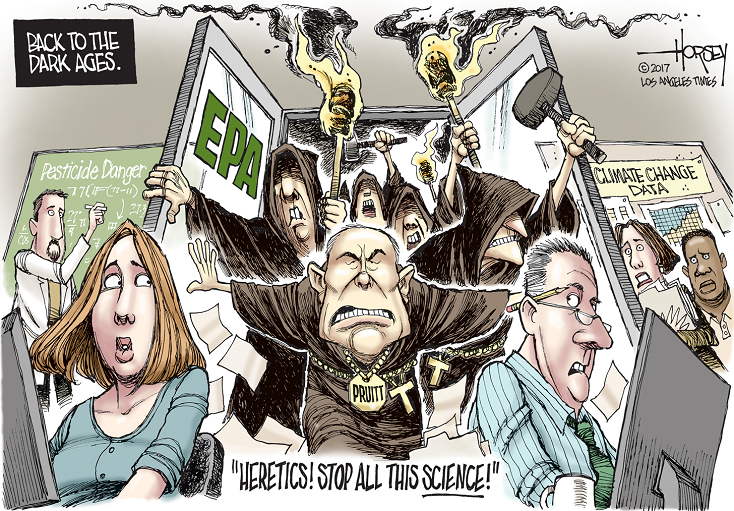 Mitch goes nuclear. Blames Democrats for his refusal to allow a vote on Garland.

Jared reigns. His Dad-in-law golfs. America objects to chemical attacks with missiles and increased refugee quotas. (I lied about that last one.)

The golfer-in-chief is on target with pledges to voters. (I lied about this one too.) 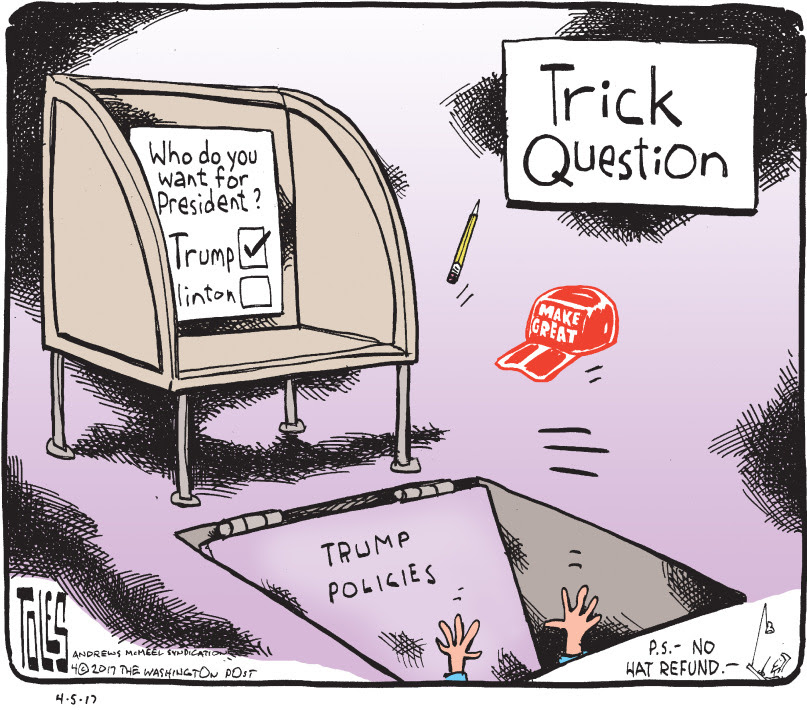 Warships head to Korean penninsula. What could go wrong?

Bill O’Reilly dials for dollars. He’ll need them when Fox goes broke paying off his accusers.

The anti-science inquisitors plot to burn down the EPA’s headquarters at Federal Triangle.

Read about all this and more illustrated news in the morning toons from AZBlueMeanie at Blog for Arizona.

Posted by Sky Island Scriber at 6:57 AM