When it comes to palates and politicians, Vive La France! 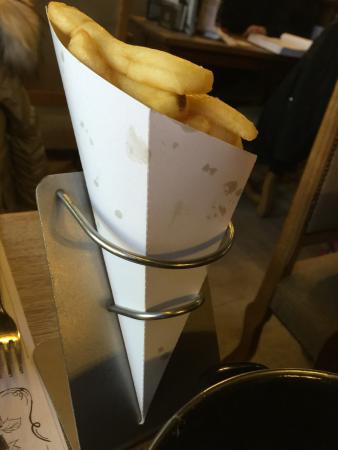 When it comes to cuisine, I am an unrepentant Francophile. American fries do not cut it in comparison to French frittes. Even the lowliest of foods, like a ham and cheese sandwich, is far better when made with French ingredients. So, imagine my delight when I found, on our way to Kyoto, a French bakery in the rail station at Matsumoto. I bought the French equivalent of that ham and cheese sandwich. Vive la France!

I bring all that up because the events of the last several days should convince us that the French’s superiority in things most palatable extends to things political.

New Yorker Satirist And Borowitz thinks so too in French annoyingly retain right to claim intellectual superiority over Americans.

PARIS (The Borowitz Report)—On Sunday, the people of France annoyingly retained their traditional right to claim intellectual superiority over Americans, as millions of French citizens paused to enjoy just how much smarter they were than their allies across the Atlantic.

In bars and cafés across France, voters breathed a sigh of relief in the knowledge that arrogantly comparing themselves to the U.S. population, a longtime favorite pastime of the French people, would remain viable for the foreseeable future.

Pierre Grimange, a Parisian café-goer, sipped on a glass of Bordeaux and toasted his nation “for not being so dumb as the United States after all.”

“A lot was at stake today: the future of our liberal traditions and our democracy itself,” he said. “But by far the greatest loss of all would have been our right to look down on Americans.”

“Grâce à Dieu, that has been secured!” Grimange exclaimed.

But, sitting a few tables away, Helene Commonceau, another Parisian, admitted that she did not understand what all of the celebrating was about. “We are smarter than the Americans, true, but they have set the bar very low, no?” she said.

And that brings me back to the ham sandwich. When it comes to the palate and the politicians, the French know best. The bakery at the Matsumoto station was named “Vie De France.” I have yet to see one named Vie de Américain.